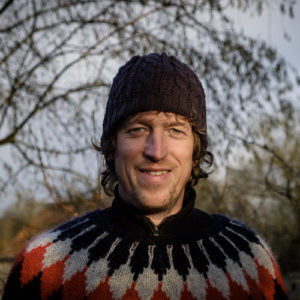 Gordon Welters is a freelance photographer / photojournalist with a focus on documentarian work. His assignments are mostly for national and international magazines, newspapers (including The New York Times since 2009) as well as non-government organizations, enterprises and advertising agencies. In 2003 he studied photo journalism at University of the Arts London (London College of Communication). Since 2006 Gordon Welters is represented by photo agency laif. In addition to photographic assignments, he works on personal projects that focus on relevant social issues.

﻿How did you first get into photography?

I bought my very first camera when I was 20. I was eager to document my own life – the places I travelled to and the people whom I met on the way. Today I see photography as a means of discussing the identity construct.

What is the most challenging aspect of your profession?﻿

For me, to delve deep into people´s life in a very intimate way and win their trust, for discovering life´s variegated facets. Building an emphatic rapport to an unknown person, within a short time, is the most challenging aspect of photographers profession, I think.

Behind the Silence, highlighting the discrimination suffered by disabled people. What motivated this series?

I had read Anton Chekhov´s Ward No. 6, a short story about a mental asylum in Russia. 120 years after this story was published, I decided to explore how the situation for the mentally ill had changed since then. At the Psycho-Neurological Internat No. 3 in Peterhof (Russia) I met volunteers from Germany and was deeply moved by her altruistic work for the disabled.

What has been the most gratifying moment in your career?

For the essay Go, my beauty I met Dana – a young woman, who was diagnosed with cancer, 19 days before she died. Almost every day I visited her in the hospital. Despite her illness, she stayed positive and a circle of special friends not only did supported Dana to the end, but also learned to support each other. In this way, a unique network was born. It was Dana, who wanted to share the idea of circle of friends with the outside world, as an support for the sick, their relatives and friends. The exhibition Go, my beauty moved many visitors, some of them were crying. It was then, that I realized that my essay had succeeded in moving the subject of death to the right focus.

Is there a photographer past/present that you particular admire?

I admire Eugene Richard´s work, because of the incredible closeness and sensitivity to his protagonists. For me, Anders Peterson shows an unobtrusive way to take very strong pictures. And I like Homer Sykes for his ability to depict everyday life with a twinkle in his eye.

[with excerpts from an interview with YOUMANITY, in 2014]